The Board Chairman of the Minerals Commission, Sampson Kwaku Boafo, has called on all well-meaning Ghanaians to help eradicate the menace of illegal mining by reporting reporting influential persons behind these activities in various mining communities.

According to him, the continuous activities of illegal miners popularly known as galamsey, even after a massive government crackdown, is not only polluting water bodies and the environment, but also causing more harm to the lives of many residents in those mining areas. 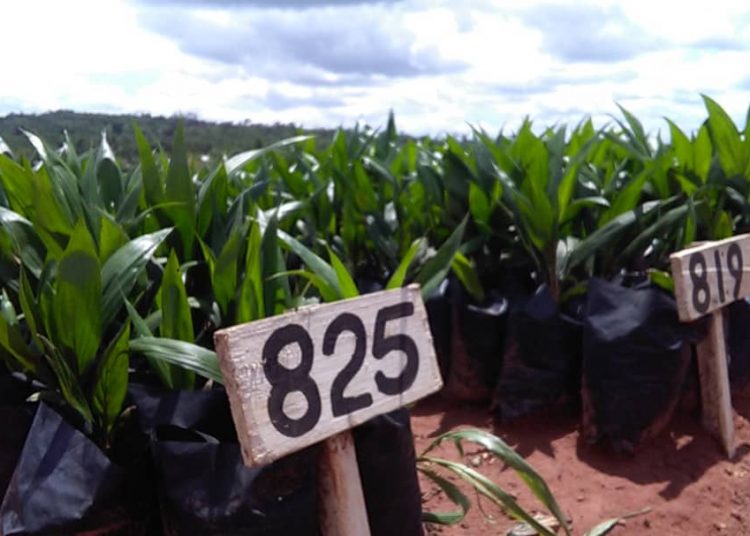 Speaking to Citi Business News on the sidelines of a working visit to Richie Plantations Limited where the Commission is nursing over one million palm seedlings to be distributed to farmers in mining communities of the Eastern Region as part of the Commission’s Alternative Livelihood Project, Mr. Boafo called on residents to support the government’s fight by exposing the culprits.

“We have instituted the laws, and offenders will get 15 to 20 years when found guilty. The whip is there, but who is to enforce it.? It is not the Commission’s fault because we don’t go out to arrest. We don’t have the power to arrest but we have power to tell the people you can’t mine here. Now water bodies and farm lands are being destroyed; mercury is being used on the land which is very dangerous health wise, and may even be more dangerous than the coronavirus and this is very bad, and as a nation we should all be concerned and realize it is not right.”

“…So if I the Chairman of the Commission I am behind illegal mining I must be exposed, and the galamseyers may know it if am part of them so if I don’t do it they should come out and say it. This is not a one man government, but one nation, and government must start it because people are dream killers so someone with a vision must start it and whatever it takes, this battle against illegal mining must be won”.

Government’s fight against illegal mining has generally not been successful considering that some of these miners have gone back into the pits, the forests and the river bodies after even some arrests were made but with minimal prosecutions.

The alleged involvement of some government appointees who were leading the fight, also cast doubts on the government’s efforts.

Seven most powerful ministers in Ghana

Journalism becoming useless to many because of lies – Kwame Adinkra

Fuel prices to go up in 1st pricing window in June...

Minerals Commission to distribute over 1 million palm seedlings to galamsey...