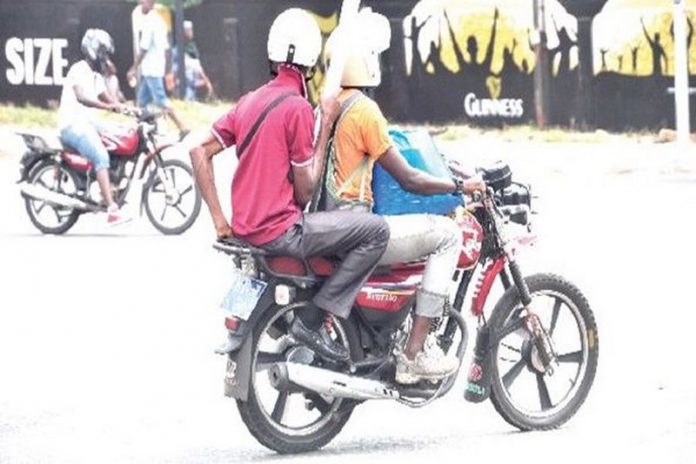 Two persons died on the spot on Sunday after they collided head-on with their motorbikes at Wenchi. The deceased were from Wurompo Akete to Nwoase.

The incident, which happened at about 5:15 pm on Sunday, February 7, 2021, left two pillion riders identified as Veronica Okrah, 21, and Hannah Marfo, 22, both hairdresser apprentice with multiple fractures.

“We were three on a motorcycle with one Nje Mallam now deceased from Wenchi heading to an unknown destination where the tragic incident occurred,” they narrated.

“We came for a programme at TOHABA in Wenchi and Nje Mallam told us that there is another programme at someplace so we should go with him and we obliged to follow him but we did not know exactly where we were going. Before we realised we were involved in this accident but what triggered the accident we don’t know,” one of the survivors revealed.

Bodies of the deceased persons have been deposited at the Wenchi Methodist Hospital awaiting autopsy.

The Wenchi Divisional Motor, Traffic and Transport Department Command of the Ghana Police Service, which confirmed the accident, indicated that they were still investigating exactly how the accident happened in the wake of concerns over the increasing cases of such incidents in the area.