Ursula Owusu defends shut down of some radio stations 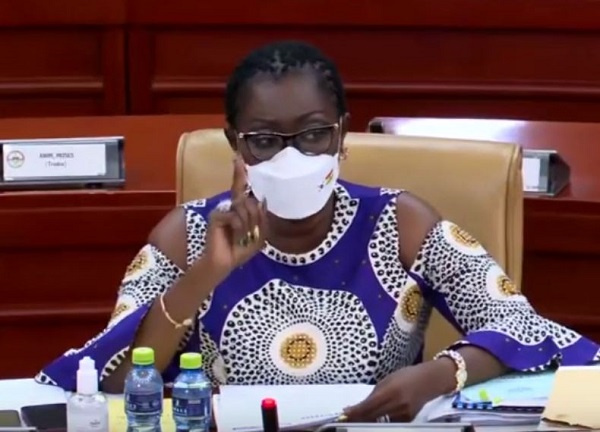 The Minister-designate for Communications and Digitisation, Mrs Ursula Owusu-Ekuful, has defended a decision by the National Communications Authority (NCA) to shut down Radio XYZ and Radio Gold in 2019.

This follows a year-long debate on whether or not the stations were closed down due to their affiliation to the opposition National Democratic Congress.

“Montie FM and Radio Gold were not targeted. If they had not acted in contravention of the law, nobody would have touched them no matter how much you disliked or hated them because they’d have been in compliance with the law,” the Ablekuma West Member of Parliament told the Appointments Committee during her vetting Monday.

Her explanation sought to address the rambo-style shut down of the stations on Thursday, May 9, 2019.

Officials of the NCA, who stormed the premises of the stations with armed security personnel, ordered their immediate closure while they were On-Air.

Management was then handed letters detailing the reasons behind the order. They were asked to re-apply for the license if they still wished to operate as Frequency Modulation (FM) radio stations.

A statement issued by the NCA also explained that the Authority was shutting down radio stations operating without valid authorisations.

“Following the FM Spectrum Audit in 2017, some stations were found to be in default and were fined by the Authority. However, some of the stations in default were not satisfied and proceeded to the various courts; Electronic Communications Tribunal (ECT) and the High Court to appeal against the NCA’s decision.

“This resulted in a decision by the ECT in 2018 which reviewed the status of expired FM Radio Broadcasting Authorisations and which ruled among others that Companies whose authorisations had expired reverted to the same position as a fresh applicant. While some stations shut down following this decision, others did not,” part of the statement read.

But defending the action, Mrs Owusu-Ekuful, who is seeking to retain her former portfolio, said the closure of the two stations was not politically motivated.