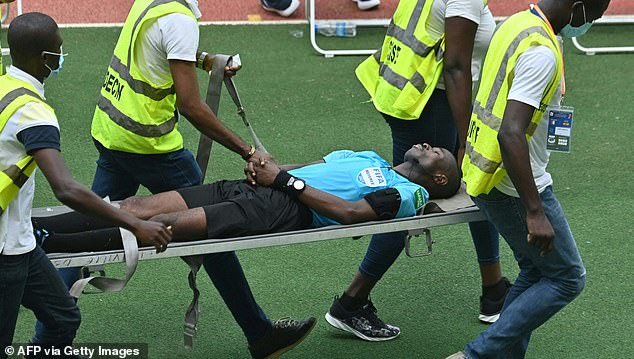 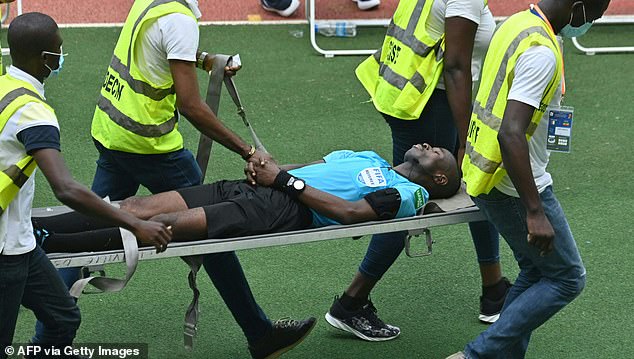 Referee Charles Bulu collapsed in the Ivory Coast’s game with Ethiopia and was carried off SOURCE: AP via Getty Images

With hosts Ivory Coast leading 3-1 after 80 minutes, Bulu was seen being escorted to the sidelines by some players before closing his eyes and laying on his back.

He was treated on the pitch before being carried off on a stretcher, with media reports suggesting he was headed to a local hospital for tests.

The Ghanaian was promoted to the top job after the referee who was originally to handle the game tested positive for Covid-19.

The result meant both Cote d’Ivoire and Ethiopia qualified for the finals of the AFCON in January after Madagascar played out a 0-0 draw with Niger in the group’s other game.