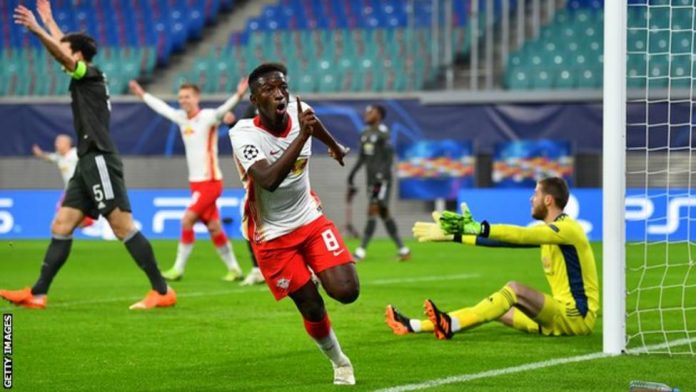 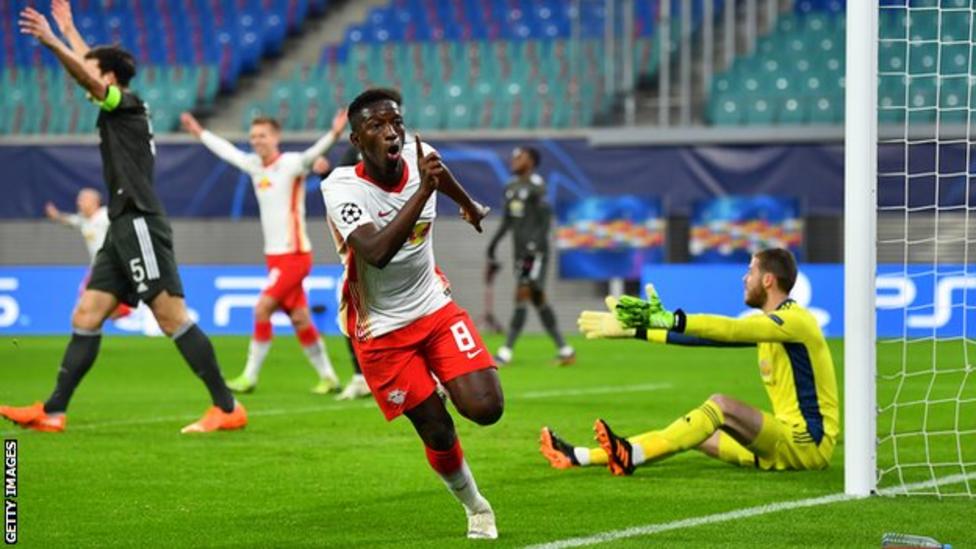 Manchester United’s season suffered a huge blow as a defeat at German side RB Leipzig knocked them out of the Champions League.

Needing just a draw to progress to the last 16, Ole Gunnar Solskjaer’s side conceded twice inside 13 minutes to leave their hopes in tatters before RB Leipzig added what ultimately turned out to be the killer third with 20 minutes left.

To rub salt in the wound, the goalscorer of the first and supplier of the second, Angelino, is currently on loan in Germany from Manchester City.

His superb low shot into the far corner after just two minutes was followed soon after by a chipped cross to the back post, where Amadou Haidara ghosted in to volley past David de Gea.

Watch the highlights below;

It could have been even worse, with the home side seeing a third goal ruled out for offside against Willi Orban on the half-hour.

United were better in the second half and struck the crossbar through a Fernandes free-kick but shortly after substitute Justin Kluivert chipped in following some shoddy defensive play from Maguire and De Gea.

Fernandes’ penalty – awarded for a foul on Mason Greenwood by Ibrahima Konate – gave them a slim chance, which Paul Pogba made real with a back-post header into the net, but the Germans held on.

Pogba had started on the bench and came on with 30 minutes to go, a day after his agent Mino Raiola declared that the midfielder was “unhappy” at the club and “has to leave” in the next transfer window.

It is small solace for United that they now drop into the Europa League – a competition they won in 2017.

RB Leipzig advance to the Champions League last 16 having reached the last four in 2019-20.

Whether they do so as group winners or runners-up depends on the result between Paris St-Germain and Istanbul Basaksehir in a game that was suspended on Tuesday after a match official was accused of using a racist term towards one of the Turkish side’s backroom staff.