Why Otchere-Darko wants Mahama to concede after EC’s verdict 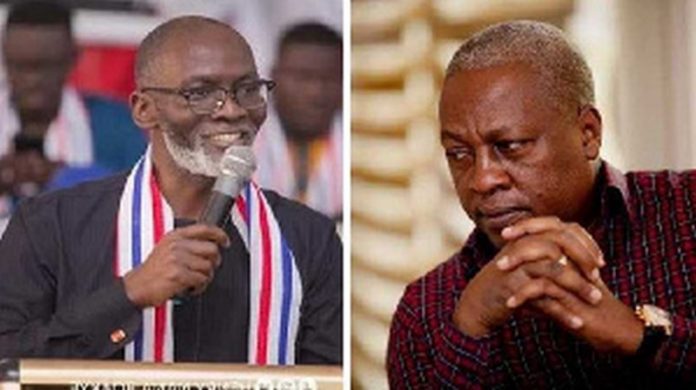 According to him, if the former President has any concrete evidence with regards to his claim of the elections being rigged, then he should go to court.

He also advised him to stop deceiving his supporters before any gross harm is done.

Some NDC protesters thronged the EC’s office on Thursday, December 17, 2020, and demanded that until Mr Mahama is declared President, the country will know no peace.

Although police at the office of the EC tried their best to ward them off with hot water and pepper spray, the protestors, in turn, pelted stones at them.

The protestors, numbering over one hundred, seemed adamant and would not leave the Ridge Office of the EC.

Dear John,
If you know you don’t have the evidence to go to court please concede now. Stop deceiving your supporters now…