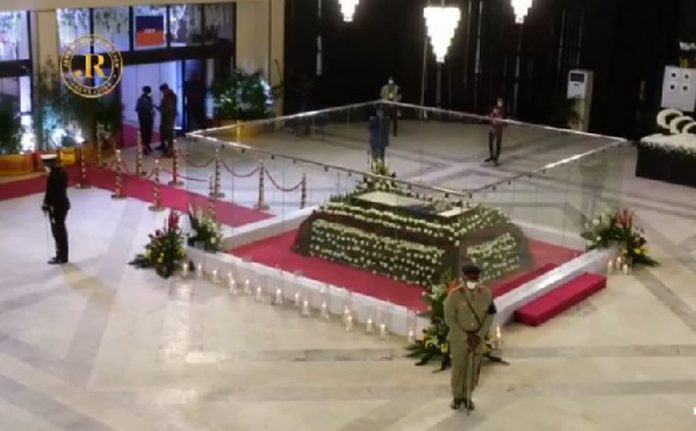 A former National Vice Chairperson of the National Democratic Congress (NDC), Anita Desoso, says the late former President Jerry John Rawlings’ body should be flown to all 16 regions of the country.

To her, Mr Rawlings was a patriot who believed passionately in Ghana and developed all the regions.

Speaking on Adom FM’s Dwaso Nsem morning show, Madam Desoso noted that Mr Rawlings has been a pivotal figure in the country’s political and economic fortunes.

To that end, she was of the strong conviction that taking him round these regions for them to pay their last respects to the former President was the way to go and he deserves it.

“Rawlings’ body was supposed to be taken round to all the regions in the country because he has been very instrumental in all our regions. The regions achieved so many goodies because of Rawlings and so he can never be ruled out from the equation. Bono region and other regions for instance benefitted from electricity because of Rawlings,” she said.

According to her, Mr Rawlings even after his death has not been treated fairly and so the best they could do was to allow each and everyone to pay their last respects to the statesman.

On Monday, heads of security agencies, political leaders, traditional leaders and members of the general public paid their last respects to Ghana’s first president of the Fourth Republic whose remains have been laid in state.

Mr Rawlings died on November 12, 2020, after a short illness at the 37 Military Hospital in Accra.